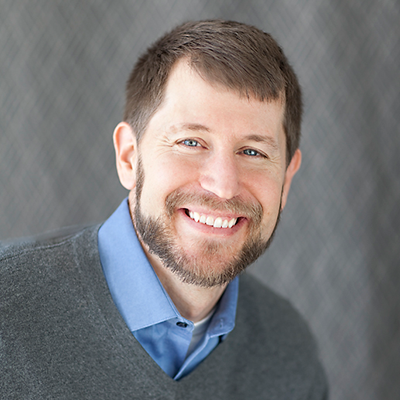 To reach an ADHD diagnosis, Dr. Tuckman reports that a 45-minute interview is required. With the media coverage of young boys with ADHD, Dr. Tuckman says that most clinicians can diagnose childhood ADHD accurately, though he notes that girls aren’t diagnosed as often as boys. He suggests that clinicians might expect ADHD more often in boys than girls, leading to them not noticing the symptoms.

Ari says that adults with ADHD also have a harder time being diagnosed, partially because their symptoms vary a little. Grown men and women almost never display the hyperactivity of ADHD youths, he admits, but forgetfulness, poor time management, losing things, and high distractibility continue to impact people’s personal and professional lives throughout adulthood.

He shares that adults with ADHD frequently realize they have ADHD themselves in what he calls a two-for-one: Parents bring in their child for an assessment and realize they also display ADHD symptoms, leading to simultaneous diagnoses.

Adult women with ADHD can be particularly difficult to diagnose, according to Ari. He tells us that they often present with anxiety and depression, but he reports that most clinicians stop their analysis there, when the root cause of their mental anguish stems from poor executive function, poor time management, and other, similar symptoms of ADHD.

Dr. Tuckman explains that it’s easier for people with ADHD to maintain focus on more interesting activities and on tasks that have a strict, close deadline. Being consistent and reliable are difficult tasks for people with ADHD, admits Dr. Tuckman. In these scenarios, partners with ADHD often lament their lack of reliability, while partners without the condition hate seeing themselves turn into a nagging spouse.

Dr. Tuckman describes another scenario where one person who likes everything organized in a rational manner, marries someone who isn’t as attentive or consistent about item placement at home. He says this often becomes a power struggle when what is needed is a method of reconciling their differences by coming to a compromise. He informs us that partners with ADHD will genuinely commit to the compromise and will often fulfill it for a few days, but before long they get derailed by things like getting home late, work difficulties, or not sleeping well the night before. He adds that this also leads to nagging and relationship struggles.

Ari asserts that ADHD is characterized by a failure to actualize good intentions. He describes people with ADHD as genuinely intending to fulfill their responsibilities, and he tells us that they are aware of the positive and negative repercussions that will occur if they do or don’t—for example—take out the trash. They’re often angry at themselves for neglecting their duties and breaking their promises. Dr. Tuckman assures us that adult ADHD isn’t purely about forgetting to perform menial tasks. He says they often forget things that outright hurt themselves, like leaving their lunch at home. He contends that their good intentions and their tendency to harm themselves with their disease distinguish them from people who simply want to avoid housework.

Ari relates that when he was researching his most recent book, he had 3,000 people fill out a form that covered their marital relationships and their sex lives. He found that most people with ADHD enjoy their sex life when they are having regular sex. Unfortunately, Dr. Tuckman discovered several barriers to intercourse including partners not having enough good feelings about each other and the couple not having enough time to have sex. The former problem comes from the power struggles described earlier, but Dr. Tuckman describes the lack of time as resulting from getting distracted and consequently taking more time to do things.

Within the aforementioned survey, he placed several questions designed to measure the sexual eagerness of people with ADHD. By asking how often they masturbate, how long it takes them to get revved up, how frequently they would like to have sex, and similar questions he found that people with ADHD are significantly more sexually eager than people without ADHD. He theorizes that just as people with ADHD tend to be more influenced by what’s going on around them, they may also be more easily influenced by the regular thoughts about sex that float through their minds. He further theorized that having one member of a relationship respond to sexual impulses more strongly can help to maintain the couple’s sex life by incentivizing the intentional pursuit of sex in the relationship. Alternately, he admits that differences in sex drive can create a wedge between the couple.

Dr. Tuckman sees a lot of couples in his office who are struggling because the ADHD partner is male, and the increased sexual eagerness of his condition magnifies the already high male sex drive. He says this difference in desire combined with the way women frequently assume chores and tasks often leaves women in relationships with male ADHD patients exhausted and unhappy.

By contrast, he found that when women have ADHD, the couple has sex 25% more often than couples where the male has ADHD. He points out that men with ADHD tend to have the highest sex drive, while women without ADHD have the lowest sex drive—a situation that naturally causes conflict. However, Ari explains that women with ADHD and men without ADHD both sit in the middle of the spectrum, with sex drives that are more similar. He speculates that having a similar sex drive between partners may lead to happier relationships in general because the good feelings from sex spill into and enhance other parts of the relationship.

Ari says that prescribing stimulants to ADHD patients is an excellent idea. He informs us that the stimulants prescribed for ADHD are some of the most effective medications in psychiatry and they’re non-addictive if taken as prescribed. This is particularly important to Dr. Tuckman because untreated ADHD doesn’t just result in poor school performance, but also lowers lifetime earnings, leads to increased car accidents, and even lowers lifespan because of ADHD’s tendency to reduce a person’s self-maintenance abilities and its ability to reduce a person’s ability to seek and comply with medical advice.

Ari tells us that a lot of great resources are published to help people and their partners cope with ADHD. Seeking out better methods to get things done, get organized, and get on top of things. He suggests that cognitive-behavioral therapy can also help some symptoms.

When it comes to romantic relationships, he maintains that both partners must come to an agreement that they both can accept. He emphasizes that this does not mean either partner should completely change and do things their partner’s way, as that is unsustainable and avoids the fact that healthy relationships involve a give-and-take that satisfies both partners. He points out that if your sex life is important to you, working on your relationship will help that out. Similarly, he asserts that working to have a better sex life will improve the nonsexual elements of your relationship too. He explains that it’s hard to have a truly intimate sexual experience with someone you’re mad at, but reaching a level of deep, vulnerable union during sex absolutely colors the hours and days that follow.

Dr. Ari Tuckman has a private practice in West Chester, PA where he specializes in diagnosing and treating adult ADHD. As a certified sex therapist, he also focuses on couples counseling and sex therapy. He frequently presents and co-chairs at CHADD, the national ADHD advocacy organization, and has been featured on CNN, National Public Radio, and several other media outlets. The author of four books, his most recent is “ADHD After Dark: Better Sex Life, Better Relationship,” a title that explores the impact of ADHD on romance and sex.