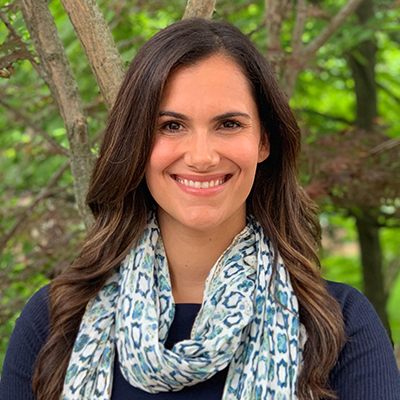 Advocating for LGBTQ Youth in School

Michelle Belke currently works as a Mental Health School Counsellor at an independent school in Metro Detroit, Michigan. She has a part-time private practice in psychotherapy and sex therapy in Birmingham, Michigan. In her school setting, Michelle does a lot to make students feel comfortable coming to her and discussing sexuality and sexual identity, such as decorating her office with pride symbols and doing outreach through the school, and even setting up the school’s first Gay-Straight Alliance (GSA) and that a surprisingly large amount of her work for the school deals with LGBTQ+ issues and concerns.

Listen to “111: Advocating for LGBTQ Youth in School – Michelle Belke” on Spreaker.

She shares that the GSA she and some students created at her school, is not an official Gay-Straight Alliance, but it serves the same purpose. Belke mentions that Gay-Straight Alliances are a key element in helping sexual minorities feel safe while on school grounds especially for transgender students but to all LGBTQ+ students in a broader sense, the risk of violence and suicide is much higher than in the general population.  Michelle believes a GSA creates a safe space to discuss and find support amongst other LGBTQ+ students and allies, increasing the feeling of safety marginalized students can feel on school property. According to Belke, independent schools can be more conservative than public schools. In her case, establishing a GSA necessitated a group of students directly approaching the administration in person and making a case for the group’s establishment. Belke is careful to make clear that a GSA isn’t for talking about sex all the time but is meant to establish a safe place for sexual minorities.

Michelle openly tells us that she’s often the first person LGBTQ+ students at her school speak to about their sexual identity. When speaking with people in these groups, she suggests listening without judgment, moving at the student’s pace, and reinforcing the confidential status of the counseling relationship. When young people are discussing their identities, Michelle is always sure to ask them what those identities mean to them, and often begins by asking how living as that identity feels to them. She also covers what to do about parental involvement with the student, whether it’s informing the parents of their child’s identity (with permission!), finding ways to resolve sexuality-based problems children are having with their parents or educating the parents about ways to be more supportive or involved.

Gender Pronouns and Their Use

Michelle discusses multiple points of interest when talking with students about their pronouns. Her first step is to introduce her identity and mention her pronouns before asking for the student’s pronouns. Then she asks which pronouns the students use—not which pronouns they prefer, but which pronouns they use—because their identity is not a preference. We learn that acknowledging pronouns is a profound way to establish respect and demonstrate acceptance. Our dominant culture can be very binary, Michelle highlights the importance of not pigeonholing your children into these identities, clothing items, occupations and manners of play that may not be appropriate for them. She reminds us that people may not only be transgender, but they might also be gender nonconforming or not identify with the concept of gender at all. She mentions gender-neutral pronouns as a solution to these issues. Despite advocating for the importance of showing respect by considering others’ pronouns, she admits that pronouns can be hard for parents and teachers to remember all the time.  Her advice if you forget, is to own the mistake, apologize, correct yourself, and try to do better next time.

Is it a Phase?

Michelle says that regardless of whether a sexual or gender identity sticks for life, the important thing is validating and accepting where the students are when they speak to you. Michelle reminds us that though the mainstream culture remains very binary, up to 50% of young people don’t identify as strictly heterosexual and cisgender. Modern life, especially for the young, has a broad spectrum—Michelle calls it a swirly spiral—of different identities, allowing for much more nuanced self-expression than has previously existed.

The Four Areas of Human Sexuality

Finding a Therapist for LGBTQ+ Youth

Michelle says that employing a therapist can be a good way to reduce friction and increase support from families. Michelle will help her students find counselors for themselves by discussing their parents’ insurance, looking through listings together, and trying to match students to providers based upon the needs they have. She says the most important thing is keeping the young person in the driver’s seat to facilitate their connection with their new therapist.

LGBTQ+ Students are at Increased Risk

Referencing a survey done by the CDC called the Youth Risk Behaviour Survey in 2017, Michelle notes that LGBTQ+ children are 30% more likely to be bullied. She says they are more likely to be involved in violent situations at school and they’re at higher risk for suicide, drug abuse, and other mental health concerns that can cause them to miss school. According to the CDC, 27% of LGBTQ+ youth feel unsafe at school. Michelle is excited that these surveys are increasingly including transgender youth in their statistics-gathering. According to the survey, 35% of transgender youth are being bullied and 35% attempt suicide.

How do we make LGBTQ+ students feel safe?

While Michelle advocates mental health providers in schools as the frontline of support; and finds that sometimes those are the teachers. Counselors and others must be culturally aware, mindful, and trained to handle LGBTQ+ concerns. Michelle has found success by building an affirming, inclusive office with pride symbols and an open atmosphere. She says counselors also need to create evidence-based policies and procedures and different activities to create a healthy environment for diverse populations.

Teachers need to be mindful of the language they use and to avoid making assumptions about their students. For example, one girl felt invalidated in her French class when the teacher assumed she’d want to have a boyfriend for the practice exercises; it’s a good idea not to assume sexuality and gender-based upon presented gender. Michelle urges teachers to manage bullying in the classroom environment.

Setting up a GSA is one move she recommends making school feel safer for LGBTQ+ youth. Michelle says the group not only helps people feel safe, but it also brings students together to create change and peer-education materials themselves. The key, in her opinion, is nurturing a universally accepting and respectful environment, even when it comes to the curriculum, dress code, and uniform assignment. Different states have different resources to employ, but she says even students working alone in their GSA can create the necessary ripple effect with their actions.