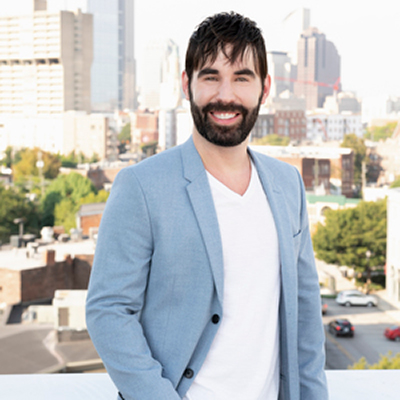 I know I say it often, but this topic is one of my favorites. In this episode, I talk with Dr. Justin Lehmiller about the all-important topic of sexual fantasies.

Justin is a celebrated speaker, researcher, author, and a very effective educator on the psychology of sexuality. His blog Sex and Psychology gets millions of visitors every year, and he regularly contributes his writing to major publications. This talk about his research is guided by his expertise and experience in the field.

The Most Common Sexual Fantasies

Justin says that when he surveyed almost 4,200 Americans from 2014 to 2016, the most common fantasies encompassed 7 different themes.

Justin describes these as the building blocks of fantasies, meaning that they are not mutually exclusive and many overlap. For example, you can very well dip your toes into multiple categories in your own personal fantasy life.

Are people ashamed of their fantasies?

As Justin states, he found that men reported more shame about their fantasies than women. Overall, the majority of study participants reported that they held a positive relationship with their fantasies, but there were still some who felt negative emotions towards their fantasy.

Another important thing he found during his research is that just sharing sexual fantasies can open up eroticism and alleviate feelings of embarrassment or shame for having certain fantasies.

The Differences between Men and Women regarding fantasy

Although the data showed that both sexes share a lot of commonalities, there were still some marked differences.

He also talks about what conscientiousness has to do with fantasies, as well as self-esteem.

“Sometimes a Cigar is Just a Cigar”

Justin says that sexual fantasies don’t really have to mean all that much. They can offer a glimpse into something deeper, but for the most part they are just a product of your environment and genetic makeup and can be left out of the examination room. Fantasies can be a good evaluative road map to follow for your own unique sexual satisfaction, though.

But when talking about sexual traumas, there were small connections between sexual victimization and types of fantasies. But there was a lot of inconsistency in the data.

Hear Justin explain the data on this subject.

Justin says that before you share with your partner, you first have to feel good about yourself. You aren’t alone in your fantasies, so there’s a normalization that needs to first occur.

He says to lay low and start slow. A gradual buildup for disclosing your fantasies to your partner is much more powerful than an overwhelming information dump!

He also goes into detail on how important sharing is for increasing overall sexual desire and satisfaction within the relationship.

Affiliate link for Justin’s book: Tell Me What You Want : https://amzn.to/2ZPPezs