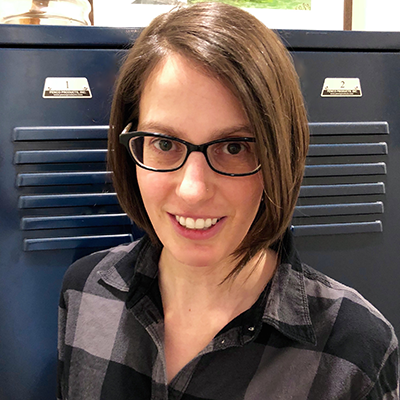 My guest is Dr. Kelifern Pomeranz. She is a licensed clinical psychiatrist, a sex therapist, and an overall expert on arousal disorders and more. She has a practice in Silicon Valley and is here to talk about erections: in particular, how to have healthy erections, what to do if you are having problems getting them, and various strategies for a healthy functioning penis.

Kelifern says that erectile dysfunction is defined as a recurrent inability to obtain or maintain penile erection. This means that for 75% to 100% of sexual activity, this inability is consistent. And for at least 6 months of consistent inability.

She says that physicians will try to determine if a person is experiencing generalized erectile dysfunction, which means that it occurs across the board, in all sexual episodes, or whether they experience difficulty in very specific situations, which would mean situational erectile dysfunction. Also, professionals look to see if the dysfunction has been present since birth or if it is acquired from certain circumstances.

Also, when asked the difference between performance anxiety and erectile dysfunction, Kelifern says that it’s similar but not the same in that ‘performance anxiety’ doesn’t meet the criteria for a formal diagnosis. It can be temporary and often is determined by psychological effects.

How Common is Erectile Dysfunction?

Kelifern starts off this question by admitting that the stats are all over the map, but she says that some stats show that more than 30 million men struggle with erectile dysfunction. Also, a very well known study in Boston showed that about 43% of the 1,700 men studied (between ages 40-70) had erectile troubles.

What Medical Issues to Talk to Doctor About Before Getting Viagra

She cited a statistic that said around 70% of erectile dysfunction can be traced to physical conditions. Physicians will  look at diabetes, smoking, heart disease, hardened arteries, and anything that inhibits or restricts blood flow.

But sadly, a lot of men are being written prescriptions for medication right away instead of being looked at for many of the other contributing causes. A lot of dysfunction is being written off for psychological causes when they are rooted in treatable physical disorders.

The Science of a Hard-On

Kelifern says that the penis is comprised of 3 cylinders. One runs along the bottom of the penis, which encircles the urethra. And then are 2 cylinders that run alongside the penis and are made up of the sponge-like tissue that fills with blood.

As she states, an erection is a complex thing. Not only are the body and the brain working in tandem, but psychological and emotional factors have a lot to do with a successful erection as well. When aroused, a man’s penis will fill with blood at 6-8 times the normal rate of blood flow. It becomes engorged, the arteries suspend, and the penis hardens.

Kelifern also says that men can have erections that do not involve the brain. This is called Reflexogenic erection. These types of erections occur by direct stimulation of the penis and are controlled by nerves found in the lowest part of the spinal cord segments. The brain is not involved.

But there is much more that goes on. Kelifern says it’s a very complex interplay in the body. Hear her describe the process in more detail in the episode!

Kelifern says that arousal is key, as well as relaxation. Anything that disrupts either one of these can make obtaining or maintaining an erection very difficult. Any discomfort can lead to performance anxiety and can decrease the necessary arousal.

So when the brain is anxious, it disrupts the brain’s ability to send the necessary messages to the penis. And this is not good for getting an erection. This often happens when the man is thinking about performance over being present with the sensation and stimulation.

In addition, a history of trauma can hinder erections. Religious reinforcements and other sociological factors can also negatively affect physical performance.

Treatments for Those Who are Struggling

She stresses again that for those who are struggling, working with a physician first is key. At this part of the episode, Kelifern talks about some very important side effects of pills like Viagra, the effects, who should take them, alternatives such as prosthetics and pumps, and much more.