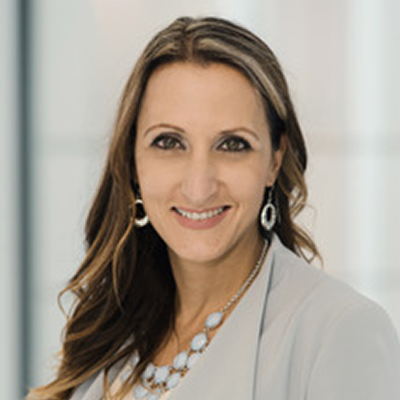 My guest is Dr. Lori Brotto. She works at the University of British Columbia Department of Obstetrics and Gynecology. Lori has a Ph.D. in psychology with an emphasis in psychophysiology. She is a practicing psychologist and also spearheads a lab, which focuses on mindfulness-based approaches for the sexual health of women.

And within this episode, she talks specifically about mindfulness and its many powerful applications to sexuality, alleviating sexual dysfunction and performance anxiety, and overall increasing the enjoyability of sex in general. There’s so much to say about experiencing each and every moment. Listen along and enjoy!

Listen to “69: Dr. Lori Brotto – Mindfulness and Sex” on Spreaker.

In its most simple form, mindfulness means a present, non-judgmental awareness of every moment. Everything is just observed, as Lori states, meaning that any existing anxiety or insertion of judgment is cast aside for the experience of the now.

Overlap of Mindfulness and Sex
Lori states that something clicked during her work with women who were fundamentally disconnected from their bodies during sex. This means that a lot of women were reporting a lack of physical arousal and being present with physical sensation–which is a pretty common report after all. Lori was wondering if there was a way to apply traditional mindfulness practices with sex, as a way for women to reconnect with their bodies and thus experience sex on a much deeper, physical level.

For more on the research, studies, and overall preparation and insight that went into these findings, Lori says more during the episode!

The Many Applications of Mindfulness for Men and Women
As Lori states, mindfulness is an extremely effective and important intervention because about a third of women are on the lower spectrum for sexual desire and interest; in fact, mindfulness has been shown to increase the levels of desire for most women. In addition, populations of women who experience heightened vaginal pain have benefited, as well as men who have survived prostate cancer.

Because the majority of men who undergo prostate cancer treatments are subjected to permanent erectile difficulties, mindfulness can be applied with very beneficial results–not from a physical standpoint, but as a way to shift the understanding of sexual satisfaction and to discover new approaches towards a satisfying sex life.

Recommendations for Practicing Mindful Sex
Lori says that she recommends that you first practice mindfulness outside of a sexual context. So, instead of just jumping in and trying mindful sex right away, practicing it at least 15 minutes a day is recommended.

This means just being present in whatever moment you are in, being aware, and cultivating the necessary attentional skills. This can involve a ‘body scan’, where the participant follows along with an audio guide or through self-guidance.

And after about 4 weeks of body scan practices, usually, a visual sensation is added into the practice with a mirror and to various body parts, noting and being aware of the various sensations. The purpose of all this being that the sexual side of the practice is gradually introduced.

Alternatives to the Body Scan
When asked if there were other options beside the body scan, Dr. Lori provided plenty of practices that cultivate mindfulness just as well.

You can practice ‘eating meditation’ or just mindful eating where participants eat food with a very deliberate awareness. Raisins are often used. And because most of us often pop multiple raisins in our mouth without thought, mindfully eating individual raisins with awareness is a great way of cultivating that ‘in the moment’ type of focus that can contribute to profound sexual experiences.

Breath meditation is another effective practice for cultivating mindfulness! Dr. Lori shares some more techniques along with the best resources she knows of. You won’t want to miss it!

Affiliate link for the book:
Better Sex Through Mindfulness: https://amzn.to/2UJBPv0