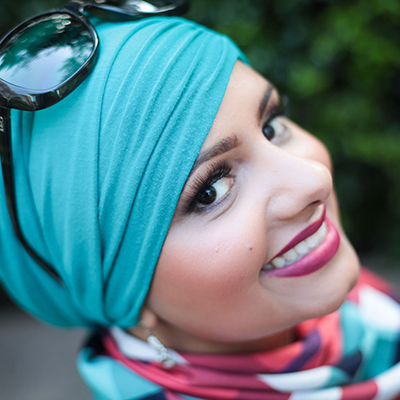 My guest Shazia Imam works with women who are looking to access and unlock their deepest desires and power. She is very skilled at inspiring women to chase their desires once they have figured them out. Shazia does transformational life coaching, she worked as an engineer before shifting careers, and she has a great story to tell in this episode!.

In this story, she talks about her incredible story of transformation: from living a life where she went through the motions and checked boxes off her list, to a life of deep fulfillment and intimacy, all because she chose to listen to her own desires and follow her own path.

Listen to “75: Feminine and Fulfilled – Shazia Imam” on Spreaker.

Shazia starts off this interview by stating that she grew up in a pretty normal household. She did extremely well in school as an engineer, and then she was hired at one of the most prestigious consulting firms in the world; but she soon started worrying about the next things to check off of her box, as she puts it.

Soon she got married, became pregnant, but tragedy would strike as she lost the baby. She says that as a woman, losing a child is one of the most, if not the most, difficult things a woman can face.

And then to add to the devastation, she was faced with yet another challenge that would continue to shift her mentality on “curating her perfect life.”

Listen in for more.

When asked if Shazia had support from her family during this difficult time in her life, she says that she actually didn’t tell them the extent of her troubles. She believed it was important to take her path in life by herself.

She tried everything she could to save her marriage, and it took years for the divorce process to be finalized. She kept the divorce from her parents until it was actually fulfilled. She said she was so worried about everyone else that she burdened the weight of these circumstances on her shoulders.

Shazia admits that she even went homeless for a few months in order to hide the events in her life from everyone else.

For more about this part of life, listen along.

From Swimming Lessons to a Soulmate

Shazia realized that her self-esteem was at an all-time low. Her low sense of self-worth was getting in the way of her liberation from the exacting circumstances in her life.

Putting her problem-solving skills to work, Shazia wrote a list of things that she wanted in her life. From her desired relationship to wanting to take swim lessons. This was liberating.

This started the long, exhilarating process of discovering facets of her personality that she didn’t really know was there: like her sensuality, sassiness, and joy.

And on top of that, she manifested her soulmate.

Her advice is to start somewhere, 2-3 things. Even if all you want and need for the day is a hot shower, then take that shower!

This will of course build into much more substantial desires and outcomes once you have sat with your thoughts and desires longer.

Shazia says in her past marriage, she didn’t have the opportunity to be intimate. Her needs were not being met. But with her soulmate, her intimacy is on a whole other level, as he puts it.

So, because Shazia is now the person she wants to be, and because she has the willingness to share that without being afraid of being judged, it translates to her unlocking true intimacy in the bedroom.

Tune in for much more on Shazia’s amazing story.