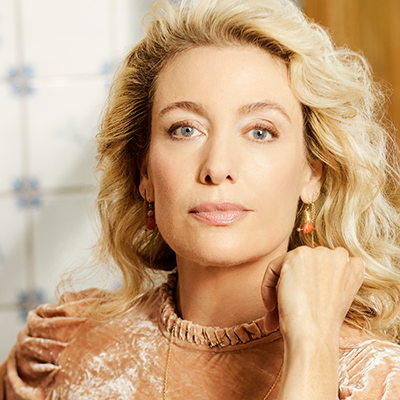 What is the story behind the business and why did Player start Guided by Glow?

Why is it powerful to connect to the imagination of the senses?

What else can you do to enhance your experience?

Sayra Player would want to empower people to write their own fantasies. She talks about how her team is now encouraging people to play with their imagination and really embrace all the parts of themselves where they hold shame and fear.

How can Guided by Glow improve somebody’s sex life with their partner?

How do these ideas about creativity or imagination show up in an actual sexual encounter with a partner?

Sayra believes that just like meditation, listening to the Guided by Glow sessions will help you tune in more to your body. It also helps to bring in energy, presence and sensuality as well as creating a space to accommodate your partner.

Sayra has written, produced, cast, starred in, and directed many films and theatrical productions throughout her career. Sayra previously served as Artistic Director of The Collective NY, where she nurtured over 60 artists, produced benefits, fundraisers, and 10 plays, and developed scripts for television and film.

Sayra believes that sex is emotional, spiritual, and can be key to nurturing a deeper relationship with oneself. Through Guided by Glow, Sayra aims to contribute to a culture that fosters healthy sex lives by combining mindfulness with sensuality to honor the body’s needs without shame.

Facebook Conversion API Events (CAPI) help us better understand how you interact with our websites. They allow us to measure the impact of our ads on the website's conversions and they improve ads targeting through custom audiences. When possible, we might share with Facebook information like name, email, phone, address.
Confirm my choices Allow all
Verified by ConsentMagic
My Consent Preferences