#112 – Hip Injuries Can Cause Sexual Pain with Dr. Ben Domb 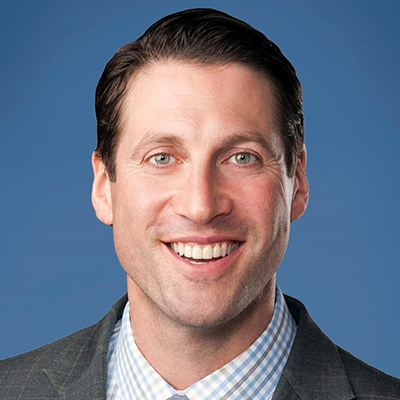 Hip Injuries Can Cause Sexual Pain

Benjamin Domb, M.D. is the Founder, Medical Director, and Orthopedic Surgeon at American Hip Institute & Orthopedic Specialists. His group pioneers advanced, comprehensive, and non-invasive treatments in a mission to cure hip pain. AHI uses Hip Arthroscopy, Robotics, Resurfacing, and Regenerative Medicine to treat hip pain in their Chicago office. Now Benjamin is reaching out to discuss the ways that hip pain can create and contribute to pain during sex.

Listen to “112: Hip Injuries Can Cause Sexual Pain – Dr. Ben Domb” on Spreaker.

Painful Intercourse Can Be Caused By Hip Problems

How Localized is Hip Pain?

Dr. Domb shares that, unfortunately, the body isn’t very good at keeping hip pain localized, which contributes to the wrong diagnoses people tend to get before their hip pain is identified correctly. According to Benjamin, hip pain can be referred to several locations, including the groin, vulva, penis, or even the abdomen.

Gynecologists often don’t consider the possibility of hip injuries causing groin pain, according to Dr. Domb. He tells us that isn’t a bad thing; each specialty in medicine is very focused, and rarely understands things outside of their particular discipline’s scope, but he encourages physicians to learn about causes of discomfort that interact with their discipline more often. Currently, 60% of people he treats for hip injuries were initially misdiagnosed and took an average of seven months to receive a correct diagnosis.

Men Can Also Feel Hip Pain in the Groin

Benjamin clarifies that this isn’t exclusively a female problem. Men also present with pain in the penis or testicles when they really have hip problems. Often, he observes, men in those conditions see a urologist as their first step.

How are Incorrectly Diagnosed Patients Treated?

Some patients he’s seen have gone through treatments or even have surgery for conditions like endometriosis or hernias they don’t have thanks to their referred pain. He conveys that one in five of his patients were recommended surgery for conditions they did not have due to their undiagnosed hip trouble. The patients themselves are often the ones who figure out their problem is rooted in the hips, he reports, as they’re best able to notice what movements and situations exacerbate the pain.

One of the more common hip injuries that causes painful intercourse are torn labrums (the  cartilage rings around the hip socket). Dr Domb has found that slight abnormalities in the shape of the hip bone or socket wear away or injure the cartilage and cause pain. Most of us have hips that fit imperfectly in the socket, making these injuries a common sight for Dr. Domb. Sometimes these injuries are caused by discrete events like sports, but usually he sees people whose joints are damaged slowly over time.

How to Prevent Hip Injuries

Benjamin reminds us that not everyone is built the same way, and different people will be able to tolerate different degrees of hip extension. According to him, everyone should accommodate how they are built and not push hip extension past a reasonably comfortable point. Stretching for flexibility can be bad advice, even when range is only limited on one side. Dr Domb advises us to stay within our limits to prevent hip injuries.

Dr. Domb tries to avoid surgery with his patients. Physical therapy and injections (including biologic injections) are where Dr. Domb begins treatment, though he will perform arthroscopic surgery when milder interventions don’t provide sufficient relief. He describes arthroscopic surgery as inserting a camera into a keyhole sized incision to relieve impingement, repair a torn labrum, and even improve his patients’ range of motion. He assures us this is a quick procedure that allows his patients to return home and live an active life that same day. He explains that even in the case of a torn labrum, physical therapy won’t heal the tear, but he hopes that strengthening hip muscles, learning to avoid painful positions, and stabilizing the area may allow people to live their lives with a torn labrum without pain.

How Common is Recurrence of the Problem After Surgery?

http://www.americanhipinstitute.com: lists resources and screening centers all over the country to help prevent and treat hip injuries.  They also do remote consultations.