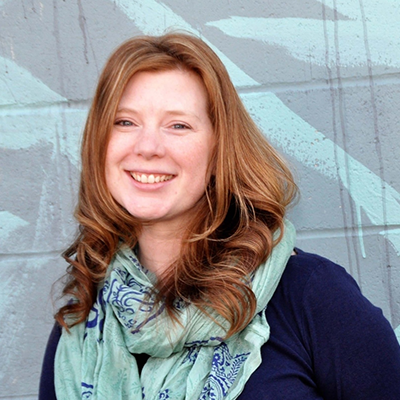 Happily Ever After is a Fairy Tale

My guest today is Kara Haug. She is the creator of Grace Unbound and is a practicing sex educator with a B.A. in Psychology and a Masters in Theological Studies, as well as a certificate in Sexual Health Education from the University of Michigan, Ann Arbor. Her role mainly centers on teaching youth about shameless sexuality. She does a lot of workshops and is doing important work shifting the narrative on sexuality.

And in this episode, she talks about the fairytale misconceptions that all women often face in their daily lives. Because there are cultural reinforcements that peg a certain brand of story for women, many are going into marriages and motherhood with inflated expectations, only to find that things are much more challenging than they originally thought they would be. This episode explores this topic and offers some solutions for women who are struggling. Listen along.

The Biggest Misconception that Women Have About Sex and Sexuality

Kara says that women have been given the misconception from a young age of this giant fairy tale image that bundles romance and partnership. And she says that as reach adulthood we are hit with the reality that “the chemicals in our brain have expiration dates”.

In short, women are often fed the story that romance is going to be the easiest thing in the world. It’s just a matter of finding the right partner and living happily ever after, but the reality of it is much different. Romantic partnerships are a lot of work.

The ‘Goal’ of Motherhood and Long-Term Partnerships

Kara also talks about the goals that women are meant to aspire to–the script they are given about motherhood and long-term partnerships–never really factor in the tough moments after the wedding or birth.

No one really prepares women for how difficult the whole dynamic is going to be – especially if you are juggling a career, kids, and a complicated relationship. Your marriage and children won’t unlock an infinite wellspring of energy and motivation from within you. Most of the time it’s going to be hard, and it will be far from the fairy tale expectations that we see perpetuated in society.

Struggles With Sexuality as a Women

There are still considerable struggles for women to claim their desire and exist comfortably in the open while at the same time claiming their sexual yearnings. Younger women are still being labeled as ‘sluts’ in schools if they explore their sexuality, so there’s still an uphill climb that doesn’t usually end until adulthood…and sometimes never at all.

The Biggest Threat to Marriages?

Kara thinks that because of how involved marriage (and motherhood) can be, the biggest threat to marriages is when two partners shift their dynamic from romantic lovers to a business partner type of relationship. And identities get lost amidst all of the chaos.

Kara says that prioritizing our identities as romantic partners is the most important thing. She also suggests regular conversations as a way to switch off the autopilot and reclaim your identity – despite the busy, daily happenings of adulthood.

She says that even if it’s just a date night every week, or sitting down and having a conversation about sexual or other relationship needs every month. That practice can save marriages from turning into business partnerships.

The Hardest Part for Kara

Kara said that she had past traumas resurface while she was breastfeeding her child. She states that many women also experience these traumas around their bodies when they become mothers.

She says more on the subject. Listen along!

There’s Nothing Wrong With You!

Being in a relationship is extremely challenging. Add motherhood and the constant stress of raising a family and you’ll hardly have any free time to spare. Just because you are struggling and finding the whole experience challenging does not mean there is something wrong with you. It’s completely normal to feel like there is. Don’t worry about it, you’re doing completely fine.

What Are Women Saying the Most as Time Goes on

As mothers, Kara says that the most frequent exploration is pleasure, and being comfortable with exploring that as a regular goal in their relationship.

In addition, a lot of women are struggling with body image and wanting to feel desirable, so that is a continual anxiety-inducing reality of being a woman in the 21st century.

Kara shares that the narrative should be shifted into the direction of more independence and identity for women. She communicates that to her young daughter that it’s nice to have a partner, but she doesn’t have to rely on a male partner to give her an identity.

She talks a lot to the youth and she found that even doing simple eye contact exercises made them uncomfortable. So a part of her job as a sex educator means that Kara is continually trying to teach the benefits of eye contact, communication, vulnerability, and consent to these younger individuals to keep shifting the narrative.