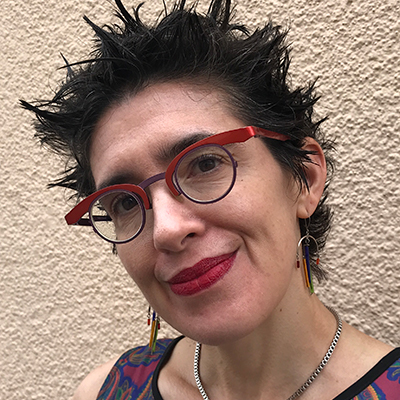 Today, Lisa Diamond tells us about her past and present research on sexual fluidity. Lisa M. Diamond is Professor of Psychology and Gender Studies at the University of Utah. Her research focuses on the development and dynamic expression of sexual identity and orientation over the life course, the influences of early life experiences on psychosocial and psychosexual development, and the biological mechanisms through which intimate relationships shape mental and physical health.

Where it all began
When Lisa Diamond first started graduate school, she was interested in studying lesbian and gay youth – a new field in the early 90s. Early on in her readings, she found a paucity of studies focused on young women. As a feminist and a new researcher trying to find a unique way to enter the field, Lisa posed the following questions: ‘where are the women and what are their experiences? Why have they been underrepresented?’

Sexual orientation: not so categorical after all
Lisa describes her first study, an interview project, where she recruited young, cis-gendered women that were non-heterosexual (in some way) to answer her questions. She continues to reveal how their patterns of attractions and behavior led her to conclude that sexual orientation is not as categorical as previously thought and that, although her study focused on the experiences of women, this is not a female phenomenon but rather “a human thing”. She is still following the women from this study (which began in 1995) and listeners can hear more about stories she has collected over the years that have surprised her.

What is fluidity?
According to Lisa, fluidity is “a capacity to respond erotically to a broader range of stimuli and people than are necessarily a part of your sexual orientation.” The distinction between sexual orientation and fluidity is still being figured out, but Lisa notes an important distinction is the difference in patterns between bisexual women and fluid lesbians or fluid heterosexuals. That is, bisexual women have a more consistent behavioral pattern whereas fluid individuals are much more sporadic in their attractions which are context dependent. Tune in to catch the entire discussion about fluidity and some interesting examples from her research.

Why do we feel the need to categorize everyone?
The conversation shifts slightly to talking about the human need to categorize and give everyone an (sexual) identity rather than being fluid. Lisa explains that the reason we stereotype or categorize in general is because our brain simply cannot process all of the information coming in from our surroundings. We need to categorize, and as long as we realize that our stereotypes are human creations and not natural types, it’s okay.

Fluidity may be a generational thing
Lisa returns to her 1995 (ongoing) study to explain that in the 80s and 90s it was important to find a community and to be able to connect with folks who had a shared experience. Identity labels were a way to do that and were necessary in a way that youth today do not experience. Lisa believes the younger generation of queer folk is more comfortable not having a label and thus not identifying as anything.

What are the takeaways?
To conclude, Lisa beautifully articulates several points. First, she contends that while there is a lot of talk about the stigma that (queer) people face, much of the stigmatizing and is done by ourselves: we project our own abnormal-ness onto ourselves. Furthermore, sexual fluidity teaches us about the incredible diversity of the human condition. Given that the hallmark of humans as a species is the ability to adapt, it should come as no surprise that humans are also flexible when it comes to sexuality, spirituality, gender, etc.

Final words
Lisa leaves us with the following statement: “If we can adopt an approach of being more forgiving of ourselves and one another when we don’t fit what we think is expected, it would make a lot of people a lot happier.”

Affiliate link to her book: