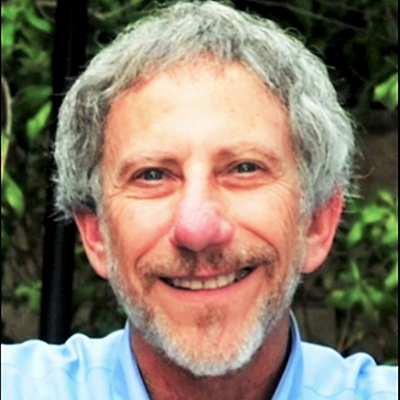 To bring awareness and break the myth around male survivors of childhood sexual abuse, Dr. Stephen Braveman joins me today. He is a Licensed Marriage and Family Therapist, an early pioneer in working with the population of male sexual abuse survivors as well as women and transgender people. Stephen shares his knowledge on the history of male sexual abuse, the surrounding cultural myths, the impact on the victim, how to receive help and get started on the healing journey.

Dr. Braveman gives us an account of the history of male sexual abuse and the progression of its awareness. It started in the 1950s and 60s when sexual abuse of men was just a myth. It progressed through the years with sexual abuse of women coming into light in the 60s and sexual abuse of children, specifically girls coming into light in the 70s and 80s. The perception of viewing them as survivors brought a huge shift in the field however, the talk of male sexual abuse remained minimal. Stephen started the first-ever group for men sexually abused as children in the 1990s. In the two years of running this rare group, Stephen realized there wasn’t much conversation going on about this subject anywhere in the world.

Dr Braveman decided to educate people on the subject by making a documentary, Boyhood Shadows- I Swore I’d Never Tell. This one film, conceptualized and spearheaded by Stephen and the men in his group, was developed while he was working at the Monterey County Rape Crisis Center, has helped thousands of sexual abuse survivors come to grips with the emotionally crippling effects of abuse they suffered at the hands of others.

Stephen talks about some of the biggest myths surrounding male sexual victimization, including the belief that men/boys cannot be abused because of society’s idea that “men are tough”. In the case of abuse, they are told to “man up” and take it, which is damaging because the impact of abuse lives on. The second myth is that if a boy is molested by a man, the boy must be gay or causes them to become gay. This leads to boys questioning their sexuality for the wrong reasons. The third myth is that if a man molests a boy, the man must be gay. Stephen debunks this idea by giving an example of the Semen Warriors of New Guinea.

Another prominent myth that exists is that men cannot be abused by females. People don’t consider other forms of abuse that cannot be inflicted without an erection, such as fondling, blowjob, or encouraging them to touch inappropriately. Stephen points out that it’s often not believed because of the idea that men overpower women. This is a false idea, as most of the molesters are someone close, and they molest in a loving manner that obstructs a victim from overpowering them. Stephens discusses briefly the myth of abuse by teachers. This is particularly difficult to clarify because it’s often romanticized. This type of abuse leads to expressing symptoms like the belief that these sexual practices that are illegal and morally wrong don’t apply to them, that they’re an exception to the rules.

Stephen talks about Vampire’s syndrome as another myth that people believe – that people who were abused as children grow up to abuse others just like how people who are bitten, in turn, bite others like Dracula.

While talking about a child molester being gay as a myth, Stephen gives the difference between a child molester and a pedophile. A pedophile views children solely as their sexual orientation and hence most of them have a preference between male and female children. Child molesters are most commonly someone close to the child – their mother, father, a teacher, priest, or a coach. They are sexually attracted to children and the power they could display over them.

To reestablish survivor’s trust in men and to walk through their lost childhood, Stephen teaches them “play”. He safely uses “touch” by having them hold hands facing each other, shaking hands for a prolonged time while doing breathing exercises. The goal is to teach them safer ways of talking and being around men and practicing safer touch like a handshake. Another method is to release their anger by trashing something in a safe and controlled environment. Some men also confront their perpetrator in person in real life, or write a letter and burn it or leave it in the ocean. Some men confront the abuse itself by participating in events for survivors, by teaching a song about self-protection to their kids, by participating in a study or a documentary about sexual abuse, or by sharing their story in a group.

The Victim In a relationship dynamic

In a couple dynamic, Stephen starts with individual therapy for the survivor, and then they join the men’s group when they’re ready. Stephen runs a weekend workshop, Outgrowing the Pain Together. for sexual abuse survivors and their partners. It gives couples a space to meet other couples dealing with similar issues and share their experiences. He also offers another workshop, Sacred Tantra Intimacy, which involves the use of ancient traditions of tantra and working with chakra, breathing and eye contact, and energy. It is safety-focused and involves asking and getting permission before any action of touching. To bring change in their sexual life and relationship, Stephen says it’s crucial to break sexual maps- both a couple’s sexual patterns and men’s masturbation patterns. He emphasizes the need to have a full-body experience by using a few techniques.

A Licensed Marriage and Family Therapist, AASECT Certified Diplomat and Supervisor of Sex Therapy, Gender and Sexual Abuse Specialist, Sacred Sexuality/Tantra Educator, and an LGBT and KINK Specialist, Stephen’s work speaks for itself.

Stephen’s book, “CPR for Your Sex Life, How to Breathe Life into a Dead, Dying or Dull Sex Life,” co-authored by Mildred Brown, PhD, continues to fascinate and enthrall readers everywhere. Stephen has also appeared in numerous national publications, television shows, and documentaries.

Webinar on Child Sexual Abuse in Men by ISSM: