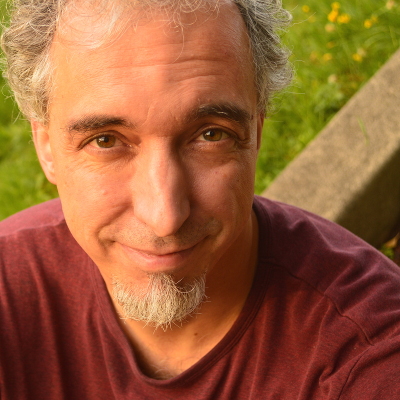 My guest is a repeat guest, which is a first for the Better Sex Podcast! His name is Matthias Rose and he is a Tantric teacher and healer. Matthias operates his practice out of Seattle and loves to connect couples through the power of Tantra.

In this episode though, he explores the power of “ejaculatory choice”. This is the concept that men can be in control of their ejaculation and learn to orgasm without ejaculation. By riding what he calls orgasmic waves, men can slow down their experiences, ramp up their connection and intimacy with their partner, and overall just let go and experience sex in a healthy, care-free, powerful way.

Listen in for much more on this powerful practice.

The Benefits of ‘Ejaculatory Choice’

Matthias says that rewording the phrase “ejaculatory control” to “ejaculatory choice” is a much more accurate and healthy representation for men. The benefits are many, and can extend to covering premature and retarded ejaculation. Ejaculatory choice is also beneficial for those with erectile dysfunction.

The Difference Between Ejaculation and Orgasm

Matthias says that when he is paying attention to internal experiences, arousal, and physical stimuli, the act of ejaculation doesn’t necessarily coincide with orgasm. Usually orgasm and ejaculation happen close together, but they are not the same thing.

And so, as he states, you can have the orgasmic experiences without ejaculation. Because they are separate, you can practice ejaculatory choice and forego ejaculation to experience the waves and sensations of orgasm.

Apart from being able to separate ejaculation and orgasm and thus achieve multiple orgasms with practice, ejaculatory choice also means greater intimacy with your partner.

It can lead to an exploration and a ‘playing’ in orgasmic waves that naturally stokes the embers of passion. And overall, being present and thoughtful and fully engaged with your ejaculation choice leads to more thoughtful, intimate sex.

He says that once sex is approached from a more open-ended way, there is greater potential for felt connection and overall better sex.

Ejaculation Obstacles and Techniques for Resolution

Matthias says that rapid ejaculation is more common than delayed ejaculation. He says that his approach is to let go of the ‘why’ when talking about ejacluation. His approach is less analytical and more practical in the sense that he introduces techniques for resolving the ejaculatory issue.

He says that getting rid of the usual anxious thoughts and distractions is key. He also tries to bring conscious attention to the physical sensations. And within that consciousness comes a shifting of the body’s automatic path to climaxing.

The Power of Breathing

Mathias says that deep, calming breaths are important for curbing the urge to ejaculate. You can self-regulate in this way if you are feeling the intensity ramp up.

He also says that you look at breathing as a way of moving energy away from the penis and upwards into the body, this can give you a lot more control over your ejaculation. This practice de-escalates the need to ejaculate and makes for more pleasurable sex. It is also directly applicable to females as well.

This breathing technique opens the door for more relaxation, which by extension leads to better sex. This is diametrically opposed to the tensing and clenching techniques often used to delay ejaculation, which leads to loss of energy and doesn’t give the benefits of ejaculation control.

As he says, most men who practice slowing down and doing the deep breathing find that after the initial climax builds and the male successfully slows down and avoids ejaculation, the brain understands that you are not wanting to ejaculate. Most men report having a few more minutes of free play until it builds back up again.

In short, you build up the potential to ride orgasmic waves as you continually build up the delayed climaxes.

Listen in for much more that wasn’t shared here!

Articles: “How to Find a Tantric Healer” – https://medium.com/@matthiasrose/how-to-find-a-tantric-healer-8b2dd2b29c1a

“The Heart of Tantra” – https://medium.com/@matthiasrose/the-heart-of-tantra-2fbfca187e45

“The Origins of Tantra” – https://medium.com/@matthiasrose/the-origins-of-tantra-acc4334638e9