#169 – Out of Control Sexual Behavior in Women – Jessica Levith 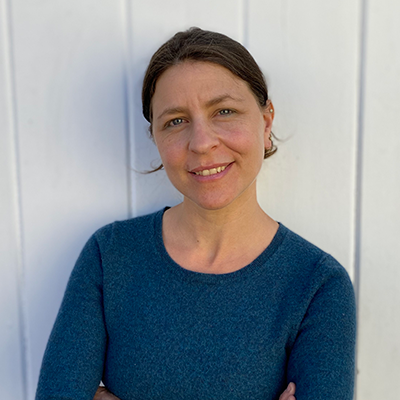 Listen to “169: Out of Control Sexual Behavior in Women – Jessica Levith” on Spreaker.

Out of Control Sexual Behavior in Women

Today’s guest Jessica Levith, is a Licensed marriage therapist from California and is here to talk about the “Out of Control Sexual Behavior Model” which is a view of compulsive, out-of-control sexual behavior. A treatment model is developed around this, and Jessica extends it to cisgendered women with challenging and problematic sexual behaviors. She provides treatment for people who think they exhibit out-of-control behavior. The episode also discusses sexual health and its influence on our sexuality.

In OCSB model treatment, they are on the lookout for patients with a genuine interest in changing how they view their sexuality. This treatment is not for those who may be simply motivated to escape the shame of exposure to their family or partner by labeling their behavior as a disease. This aligns with the perception in the OCSB model where sexual addiction is viewed as a behavioral problem that can be regulated in all parts of life. In contrast to that, the Sex Addiction Model views sexual addiction as a disease that allows the patient to step back from their responsibilities of change.

How to broaden what people see as out-of-control sexual behavior.

To broaden the view of what one would consider being an out-of-control sexual behavior, they have to process the cause behind their belief. To explain where some of these beliefs originate from, Jessica explains how women have been socially imprinted through history on how we should look, feel and act. She gives a historical context of parallels of women’s behavior being dictated in religion, art, and even science and the instance where the change started. Through Doug’s book and his model, Jessica points out the concept being based on Human Behavioral Theory which prompts for change and adaptability especially in women.

Steps in the clinical journey of OCSB model treatment?

Initial screening​ is the first step in the process of OCSB Model treatment where clients are screened to rule out non-consensual sex, for internal motivation, presence of any acute issue that could disrupt the treatment like being a physical threat to self or others, substance use, and abuse, mental health issues or physical health issues. In the next step, an ​assessment​ is done with a series of courses such as Adverse Child Experience (ACE), Sexual Symptom Assessment Scale (SSAS), Sexual Inhibition Scale (SIS), Sexual Excitation Scale (SES), and semi-structured assessment. During the process, the therapist learns a lot about the client as a person. In the end, the therapist helps the client to use sexual health terms instead of pathology terms, which means, they stop viewing it as a disease. Then the therapist and the client together make a ​sexual health plan​ by using this information.

Sexual health in OCSB is upheld by ​six principles​ – consensual sexual activity, non-exploitative, honesty, shared values, protection from STIs and STDs and unwanted pregnancies, mutual pleasure, and solo pleasure. When you live within these six principles, with the help of your therapist you can come up with a sexual health plan. The sexual health plan has 3 columns. The first column is boundaries which are the behaviors when crossed resemble in breaking your agreements. The middle column is ambivalence and high-risk behaviors. It means being honest and recognizing the competing motivations within yourself. The last column is sexual health is “the ideals, goals, and aspirations for how you want to be sexually and in life”.

What drove you to apply this specifically to women?

After being on the side of the medical models and then reading Doug’s book, Jessica noticed how everything was geared towards cis-gendered white men. However later she realized that most of the work in Doug’s book can be translated for clinical work with women. To gain a deeper understanding, Jessica dived into the historical and current context of the source of “implicit and explicit expectations and messages projected onto women and internalized by them”.

She discovered three ways of how women were impacted by socio-cultural value systems. First, through historic and systemic power over women’s rights and the means to control birth by pregnancy prevention and termination, through the Comstock act, making women’s access to birth control is dependent upon where she lives, her access to health insurance, her socio-economic standing, and financial status. Secondly, controlling women’s view of sexual functioning, appearance, and pleasure, and thirdly, sexual and social value.

Intersectionality is discussed in context with the power of sexual and social values. It’s how we identify in the world in terms of class, race, age, gender, sexual orientation, and more influence our social and sexual standing and values. Jessica adopted it because of its influence on women’s sexual self-concept which influences their attachment.

How does it show up clinically?

Integration of said historical markers into the assessment

OCSB focuses on three clinical areas of self-regulation, attachment regulation, and sexual neurotic conflict which are impacted by the historical markings researched by Jessica. With this knowledge, Jessica says, you can help bring awareness to slow it down.

Jessica leaves us with a parting message to avoid making assumptions of someone’s desires and to be in the moment with your partner or with yourself to connect and understand who you are at the core.