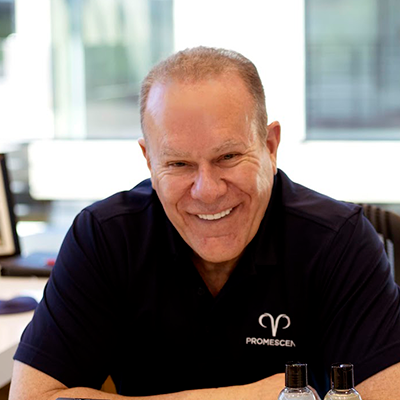 Jeff Abraham is a man dedicated to doing the right thing. After winning a court case against Hyundai who asked him to actively discriminate against female and African American candidates in 1999, he moved to Promescent as CEO, a company founded by his late friend, Dr. Ronald Gilbert.  Jeff has continued his legacy by fulfilling his companies dreams in his honor.  In addition to this Jeff has spent the last decade advocating sexual health and wellness by educating the public on the importance of intimacy and how to resolve common sexual dysfunctions.

Listen to “113: Premature Ejaculation and Treatment – Jeff Abraham” on Spreaker.

Healthy Male and Female Climaxes, “The Orgasm Gap.”
According to Jeff, a healthy male climaxes after an average of five minutes of sexual stimulation. Meanwhile, he reports that women who are capable of orgasms from penetration take an average of 18 minutes of thrusting to reach orgasm. This gap in climaxes is called the “arousal gap” or “orgasm gap” among sex therapists and neurologists. He points out that even healthy males have good reason to want to last longer, even if they don’t meet the diagnostic criteria for PE. He hopes that treatment for longer-lasting sex becomes more respected and acknowledged by the medical community.

Causes of Premature Ejaculation
Jeff reminds us that premature ejaculation has been needlessly stigmatized. People claim that men ejaculate early due to not caring enough about their partners or not having the mental fortitude to wait longer to orgasm. Jeff admits that some cases of premature ejaculation are psychological in nature, but he lists hypersensitive penile nerves, prostatitis, and low testosterone as some of the physical causes of the condition. Due to the number of physical causes of PE, he hopes that we can reject the notion that men with PE don’t care about their partners or that they’re mentally weak. PE is a problem with physical roots and as real and treatable as diabetes or cancer. He advocates a combination of behavioral therapy and products like Promescent or SSRIs to help men build confidence and overcome their physical and psychological difficulties.

Consequences of Premature Ejaculation
Jeff points out that PE destroys men’s confidence and limits their ability to satisfy their partners. This lack of confidence, he suggests, isn’t confined to the bedroom, but extends to all aspects of life. He calls it the layering effect, which he describes as a sort of chain reaction. In the layering effect he describes, PE can lead to lowered sexual confidence, which leads to being less amorous, which leads to the PE sufferer’s partner feeling unattractive due to the lack of sexual attention, and finally leads to a disconnect between the members of the couple. He says he’s seen this happen over and over again, all without people realizing that the root of their problems is a single, treatable issue. Jeff advises men not to avoid sex due to PE, pointing out that this leads to men having less control over his own ejaculation, and creates a less pleasant sexual experience than the couple had before.

How to Approach Your Partner About PE
When approached by women on how to tackle PE with their partners, Jeff suggests setting up a special date night with any sexual accessories you and your partner find enjoyable. He goes on to suggest offering Promescent to your partner as one way to enhance the evening, noting this works better than discussing the problem directly. Jeff shares that this method allows the use of Promescent to be physically and figuratively within your partner’s control, a circumstance that he asserts is important for men. When couples use his method, he claims it’s often the case that men will try the product, see that it works and improves the experience, and will usually decide to use it more often to enjoy their sex lives consistently.

How Promescent Works
Unlike its competitor products, which numb the area, this new treatment uses a specific formulation of lidocaine, to create a eutectic formula that can penetrate the outer layer of the skin and be deposited in the fatty tissue underneath the skin, where it can help to better control ejaculation. While the product may have a medicinal aftertaste, he says they’re working on neutral, coconut, and citrus flavors to remedy that problem right now.

Who Should Use Promescent
Jeff emphasizes that the product is for couples, not just men. Sex, he implies, affords a level of intimacy that’s important in relationships, and Promescent is just one product that can help that emotional and physical intimacy last longer. He observes that sex is a huge part of life and reiterates that if you’re not confident and don’t feel good about it, you need to do something or see someone. “Just like we have personal trainers for fitness and coaches for businessmen”, he remarks, “sex therapists are an important part of human health and wellness.”

Jeff talks about how men feel the need to hold off climaxing, and he discusses the fact that their desire to last longer provokes a lot of anxiety. He doesn’t believe that intimacy should be about anxiety, it should be an enjoyable experience, and making it easier for men to last longer facilitates that for both parties.

How Credible Are Promescent’s Claims?
Jeff is proud to share that Promescent is the most recommended treatment by Urologists today. He’s equally proud of the fact that Promescent was found to have statistically significant results in an Institutional Review Board certified study. These elements differentiate their product from the competition by building credibility that can be relayed through physicians or by patients self-diagnosing PE online.

Where Can I Get The Product?
www.promescent.com

Some independent pharmacies, urologists, and therapists also carry it.

Claim your free code for a 15% discount: bettersex15