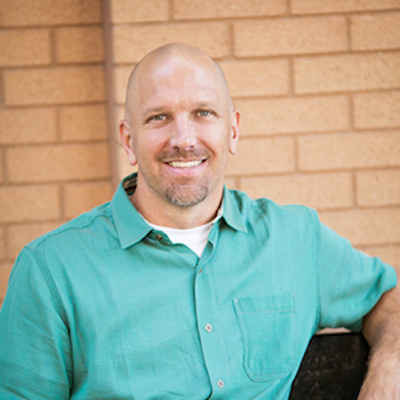 The Pressures on Men in the Bedroom

Dr. Corey Allan is a Marriage and Family Therapist and Licensed Professional Counselor with a PhD in Family Therapy. He has a private practice in McKinney, TX. With his wife, Pam, he hosts a weekly podcast, Sexy Marriage Radio, to help married couples engage with each other and have the best possible sex. He also established sexymarriage.net, a website that strengthens and deepens married relationships. In all his work, he helps people embrace their choice to live life and be married deliberately while growing spiritually, enhancing passion, and embracing the people and events we encounter with joy and simplicity.

Corey points out that men are expected to want sex at all times. He stresses that society generally expects men to initiate sex and pursue sex to the exclusion of other romantic and familial goals. Dr. Allan says that many men balk at the expectation because they also experience relationship goals that are more stereotypically feminine, like the desire for emotional intimacy, romance, affection, and lasting interpersonal bonds. When men deny their desire for the quintessentially feminine aspects of sex, they aren’t bolstering their masculinity but missing out on something ineluctably human.

Dr. Allan discusses that men and women do have different biological strengths and weaknesses, and they have desires and abilities that statistically differ. He laments the generation of men raised almost exclusively by women, and the specter of ‘toxic masculinity’ that produced. He agrees that acknowledging feminine needs in men is important, but it’s equally important for men to live up to their own forthright and healthy forms of masculinity with integrity and honesty.

Corey describes a hypothetical scenario posed by Dr. Glover. In it, he posits that a man can have an orgasm with ten of the hottest women of his choice. In that scenario, Dr. Glover asks how long each man would take to accomplish that goal. Dr. Allan says that a young man might be able to do it in a weekend, but given male refractory periods, age-related fluctuations in desire, and the increased time and effort required to please women, he thinks it might take men in their 30s or 40s two or three weeks. He mentions that a woman in a comparable scenario could have sex many more times in a smaller period of time due to the capacity for multiple orgasms and not needing to maintain erections.

Corey believes that because of women’s biological capacity to “go and go” and men’s need to fulfil and satisfy that potentially endless desire, many men are, on some level, afraid of female sexuality—it’s intimidating. Dr. Allan discusses that while male attraction is believed to be fairly straightforward, women’s desire and arousal is more mysterious. He says that reaching beyond the mechanical, physical acts is necessary to facilitate female fulfilment. Instead of following the formula of what worked last time, Corey encourages men to open up a real dialogue with their partners to find out what’s arousing that day without feeling like failures for not intuiting everything.

The Role and Meaning of Erections

Corey brings up the fact that men often have erectile issues, and says that the heavy expectations placed upon men can lead to a cycle of harmful thoughts that perpetuate the situation. He mentions that even women see erections as signs of their own attractiveness; they worry that if a man doesn’t gain an erection, it means he doesn’t desire her.

Corey reminds us that sexual encounters are intimate sessions between two people—they may or may not involve disrobing, and don’t need to involve intercourse or erections. He says that focusing on erections or the superficial characteristics that women assume decrease male desire misses the point. In Dr. Allan’s opinion, attraction to the whole, nuanced being within the skin we wear is what produces sexual desire, not any external feature men or women may have. He believes that getting the chance to ‘taste the essence of the person’ is what makes sex incredible, not mere genital stimulation.

Corey claims that a great many expectations rest upon the behavior of a body part that’s only three, six, or nine inches long, and that creates performance anxiety and harms men’s sexual desire. Men are expected to always be ready and willing to have sex, to sexually satisfy their partners, and to initiate sexual activity. He claims that always being expected to initiate sex can create leadership fatigue, and many men would be grateful if women took up some of that responsibility. With full responsibility to initiate, men can fall into an uncertain headspace that worries about the implications of them pursuing more or less sex than usual, such as making their partner feel less desired or being accused of only caring about sex. He believes that acknowledging sex in a slow burn element of daily life can ease some of that tension by decreasing the tendency to pathologize differing sex drives.