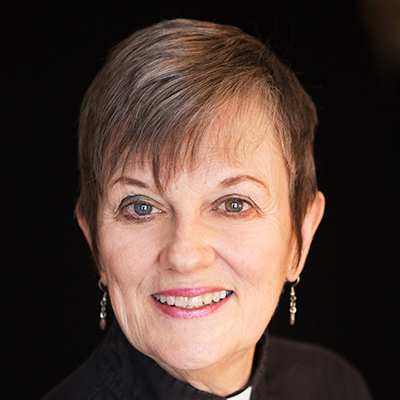 Sexual Health within the Christian Faith
Starting with a little background on Rachel, she is a psychotherapist who works with clients who have experienced trauma and in sexuality in general. When considering her certification, she has been certified through AASECT and is a part of the American Academy of Psychotherapists. Rachel has long been equal parts fascinated and troubled by the suppression of sexuality from the church, and she looks to bridge the gap between a healthy practice and expression of sexuality and faith.

Dr. Beverly Dale is a Reverend and received her Doctor of Ministry from the Chicago Theological Seminary. She is also the founder of the Incarnation Institute for Sex & Faith, which has the mission of bringing a positive perception of sex for all involved.

Both Rachel and Beverly wrote a book called Advancing Sexual Health for the Christian Client which will be released soon! And in this episode, they both discuss the needless negative stigma that surrounds sexuality from a church’s perspective: both in doctrine as well as practice. They provide an analysis as well as solutions.

Really impactful stuff that I know you’ll get a lot out of! Listen along.

Their New Book!
They both wrote to give a resource to those who might be tied up with their Christian faith and yet are facing seemingly insurmountable sexual problems. The book is a major step towards providing solutions for the sort of sexual gridlock that may occur.

And the book wasn’t just designed with Christians in mind, but those who may have moved on from Christianity as well and are seeking sexual healing or are looking for answers to pressing questions. This is expanded upon in the talk where the distinction between a client’s belief and their faith is clarified. Listen in for that!

Deconstructing Belief
They approach their clients through the lens of showing that beliefs are separate from experience. Because the church teaches certain principles and gives commandments, a lot of time clients tend to equate the commandments with the faith experience, and both Beverly and Rachel are working diligently to shift perceptions. Without being able to separate belief from experience, healing in the sexual realm is much more difficult.

Reconstructing the Christian Narrative
Those with the most power tend to write history. And as Beverly states about the many forms of the Christian narrative and practice during the heyday of the Greco-Romans, Christianity used to be much more sexually oriented and positive. But because bodies were not as central to the Greco-Roman zeitgeist, conformity to a much less inclusive version of Christianity was a result. Beverly and Rachel look to remind people that the Christianity we have today is much different than it used to be. And in fact, one of the reasons that Jesus was so radical at the time was that he didn’t conform to the misogynistic culture of the Romans.

A really interesting look into history. Check them out!

Impacts of the Church’s Sexual Negativity
The most common, which most of us have experienced, is sexual shame or guilt. And a lot of the work that Rachel and Beverly do is provide examples of how shame cycles and negatively impact lives. In addition, they aren’t spiritual advisors, they just add the necessary disruption to the normal narrative, meaning that clients are left with a little bit of cognitive dissonance on the whole subject of sexuality and the church instead of just adhering to the rules without analysis.

A 4-Part Process for Sexual Shame and Guilt
Rachel and Beverly utilize the theologian John Wesley’s methods of using reason and personal experience, among two other elements that are discussed. This type of analysis revolves around comparing what the church says and what the bible says, almost as a way to check and balance the different dialogues and their divergences.

And in one of the best parts of the episode, Beverly reminds you that you have permission to break rules in this domain because Jesus himself was a rule breaker. So rules laid out by the church are not gospel, so to speak, if they don’t align with the bible.

Resources and Tools from Rachel and Beverly
Rachel says you should determine a touch history for yourself and ask questions that relate to you if you were touch-deprived (not hugged a lot or touched) as a child and how that has possibly affected you on an intimate level.

In addition, both provide valuable information and resources in the annotated bibliography of Advancing Sexual Health for the Christian Client. And also, Rachel shares some book suggestions. And to cap off the episode, Rachel talks about sexual beliefs and shares much more resources! Including details of their new book and its release date.