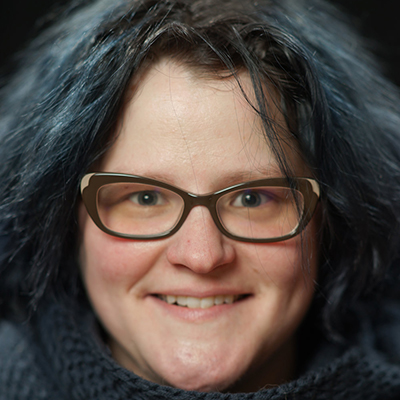 Come As You Are

My guest today is the acclaimed author of the best selling, Come as You Are. Emily has been a sex educator since 1995, where she put her education to good use (psychology, cognitive science, and philosophy). Quickly, she realized that sex education, woman’s well-being, and violence prevention was far more fulfilling work for her personally. So, she made the switch from more neuro-centric work to that of the sex-education realm. And that switch has made all of the difference for the countless people who have benefited from Emily’s work in the field.

She has a Ph.D. in Health Behavior with an emphasis in human sexuality, and the list of her qualifications could go on.  And within just seconds of this interview, you will immediately understand just how smart and articulate Emily is. Listen in.

Listen to “86: [Reprise] Emily Nagoski – Come As You Are” on Spreaker.

The Motivation for Come As You Are

As Emily relates, the motivation to write her best-selling book has a very prominent beginning. It was the first day of the semester and Emily was beginning her usual Anatomy class. A student raised her hand and asked if Emily would walk the students through the evolutionary origin of the hymen. Never having contemplated the question, she knew the semester was going to be a challenging but rewarding one. And during the final exam, when asking a question worth 2 points, she asked students to state one thing they had learned. The answer was far from what she expected. She found herself grading the final exams with tears in her eyes. Listen in to learn what most of her students’ answers centered on.

We All Have the Same Parts

Consider the scrotum. Yes, never before has someone provided an opening sentence like that, but stop for a moment and consider it. The central tenet to Come as You Are is that we all have the same parts, they are just organized differently. If you look at the center of the scrotum, there is a demarcating line that runs down the center; during gestation, all it took was a simple hormone and genetic difference that prevented the scrotum from becoming a labia. They are both stretchy and anatomical similar, but they become formed differently during birth. Through this type of thinking, Emily crafted the book to alleviate the stresses and insecurities of sex. With stress-free sex, with more comfort inside one’s skin and the anatomy that we have developed, we can become comfortable in the fact that we are completely normal. For more on this, listen along.

Variance Should Be Celebrated

Getting to know your own sexual parts, as well as your partner’s. There is no one-size-fits-all type of sexual practice. Some women, a minority actually, can experience orgasm through vaginal stimulation alone; the majority cannot. And all because of slight anatomical differences that can’t be controlled. So, the number one message communicated is to celebrate the inevitable variance between everyone!

This is another extremely interesting section of the interview: Emily talks about the internal sexual excitation system and the sexual inhibition system in our brain that is constantly working behind the scenes. These two work in tandem to balance out sexual excitation with an inhibiting effect that prevents us from being sexually excited all of the time. For more on this dual-control process and how understanding it can help trauma victims, listen along. I am not doing it justice here!

The Ramifications of Stress on Sexual Health

Stress can make one’s body shut down completely when it comes to healthy sexual functioning. As the brain is highly reactive and conditioned through many facets of existence, a stressful situation can kickstart the sexual inhibition system (SIS) which will more often than not win out over any excitation.

But again, variance shows up in this respect as well. Everyone is wired differently. Some people have an increased sex drive once stressed, and others don’t. It’s all a matter of preconditioning.

But what do couples do when they are mismatched on this regard. Emily tackles the question with gusto. Tune in to learn more.

Just because you schedule sex with a partner, doesn’t mean that it’s going to happen. But it is a very good idea if you don’t have a lot of sexual desire or have a partner who doesn’t, to schedule the opportunity for sex. Don’t have an expectation that it’s going to happen, just create the opportunity. Sometimes once in an environment that is conducive for sexual excitation, there can be adequate responsive desire. A no-stress desire! Emily discusses this further in the episode.

For the most part, all it takes is a simple change to retune your sexual response to become less stressful. A compromise, a locked door, a new bed that doesn’t squeak, sometimes all it takes is to change your environment to take as many worries off of your mind as possible.

These are just simple fixes though. Sometimes sex can be very stressful, especially for trauma victims or those who have suffered from sexual shaming; but Emily has some information on that that she shares during the episode.

Emily has three tips for the subject of overcoming body shame and insecurity. Two of them are tune into your body’s needs and undress in front of a mirror and point something out about your body that you like. Do this every day and eventually you will get more comfortable with what you have. Instead of hiding it, celebrate it. Again, celebrate the diversity of everybody out there. For the other tip and much more information, tune in.

For a teaser of her new book Burnout, some fascinating neuroscientific information on context and sexual excitation, as well as another project she is working on, tune into the final minutes of the show. And follow her through her various social media channels, so you can be updated whenever her new book hits the stores.

Links For Emily Nagoski and Other References:

Come As You Are