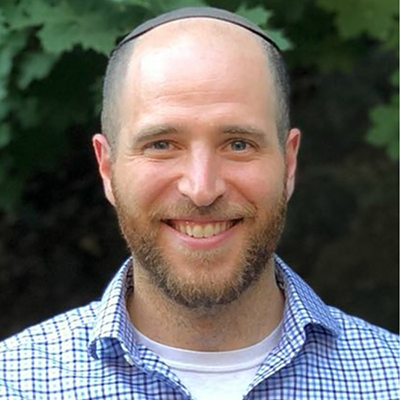 Diversity in Jewish Beliefs and Practices

Dr. Shy describes Jewish law as a corpus of Jewish religious requirements. He explains that every aspect of life has regulations to help Jews proceed through life. He discloses that there are disputes within the Jewish community about who can interpret Jewish law, leading to different sects of Judaism being formed, each with their own practices. Dr. Krug reminds us that he can only share his own interpretation and some alternate views he’s encountered personally and professionally.

The Spirituality of Sex in Judaism

The doctor describes Judaism as a sex-positive religion that appreciates the human body and human experiences. He emphasizes that Judaism encourages its adherents to elevate the mundane and the physical to the holy through thoughtfulness, intentionality, and restriction. He says Judaism contains many laws and restrictions on sex that are meant to transform a potentially carnal act into a holy union that increases both people’s connection to each other and to God. He tells us that in the Jewish view, conceiving a child is an act involving three people: the man, the woman, and God.

The Sexual Power of Jewish Women

Dr. Krug mentions there is a Jewish law that requires men to satisfy their wives sexually. He explains that a man cannot demand sex from his wife, but a wife can demand sex from her husband. He clarifies that a man can tell his wife that he’d like to have sex, but compelling her to have sex isn’t licit. This imbalance of power can create tension when the man wants to have more sex than his wife, but he tells us Orthodox couples often mitigate this disparity by refocusing on sex as a holy and intentional act, rather than a purely physical drive. He implies that the absence of desired sex allows men to reinforce the intimacy and holiness of sex through the delayed gratification abstinence ensures.

Dr. Krug describes family purity laws that require men and women to separate when the woman is menstruating. During menstruation and for seven days following her period, he says that Jewish men and women cannot interact sexually. Dr. Shy describes several protective barriers many employ to fulfill this law, like sleeping in separate beds, not sharing food from the same plate, not passing things to each other, and not feeling each other’s weight. When two people sit on the same couch cushion, he explains that they feel each other’s weight when they move; he informs us that Orthodox Jews avoid doing this during this part of a woman’s cycle to avoid the desire to touch each other that such closeness might incite. While the Bible does not give the reason behind these restrictions, he informs us that Talmudic sources extrapolate that physical distance encourages couples to focus on the verbal and emotional elements of their marriage and maintain the excitement of sex.

Dr. Shy asserts that premarital sex is prohibited in Judaism. He informs us that some Jews will avoid all physical contact with potential mates and many Jews avoid being alone with each other altogether. He informs us that in the most right-wing forms of Judaism, girls and boys are kept apart and schooled separately, allowing them to reserve all sexual education until their children are old enough to marry. Some Jews, he tells us, do have premarital sex and cohabitate with partners before marriage, but those practices are not widely accepted in Orthodox communities.

Sects vary in their approaches, but he describes the modern Orthodox sect teaches about sexual health, puberty, relationships, and communication in middle school. By high school, he informs us that students are educated about masturbation, pornography, and healthy sex practices. He says that modern Judaism acknowledges that people are sexual beings and that it’s important to acknowledge and understand human sexuality. He explains that marriage classes also inform the youths of the laws surrounding marital relations, family purity, and the ritual baths women must take monthly. He says that developing intimacy, foreplay, and discussing the origins of sex outside of the bedroom are also covered in these classes, though he tells us more right-wing sects will clothe the education in more modest language.

While Dr. Shy clarifies that some rabbis condone sex acts like oral sex and manual stimulation as long as ejaculation always occurs inside the spouse’s vagina. He reveals that teachings vary with regard to women receiving oral sex, with some saying men can perform oral sex on their wives if it’s dark or he doesn’t look at her vagina. Dr. Krug admits that Orthodox Jews are often allowed to utilize sex toys and engage in manual stimulation. He emphasizes that the law that women need to be fulfilled during sex is so important that many rabbis will bend rules if it helps women achieve orgasms.

Dr. Krug conveys general agreement that homosexual sex between men is prohibited, but even with that blanket prohibition, some homosexual sex acts are seen as more illicit than others. He explains that some rabbis will guide homosexual men towards performing sex acts that are less harmful, because continuing practising Judaism is considered more important than practising every law successfully. Dr. Krug remarks that Judaism understands that people do not choose their sexuality, and rabbis do not turn people away for being gay.

What About Sexual Dysfunction?

Dr. Shy tells us that some Jews might go to their rabbi first when they struggle with some form of sexual dysfunction, while members of more liberal sects may consult their medical team first. When rabbis are faced with a man experiencing problems like premature ejaculation, he says they will understand it as a physical problem that can prevent procreation and as an issue that can forestall marital intimacy and spiritual health. As such, Dr. Krug remarks that many rabbis will relax the normal laws against things like masturbation for as long as the prohibited act is part of the man’s medical treatment.

Dr. Krug suggests that the intentionality and mindfulness surrounding sex can help gentiles improve their relationships. He gives the example of sensual massage, saying that being fully present while touching and being touched improves the act. In general, he believes that being motivated by the higher goals of emotional intimacy and the sensual act of truly being present for your partner can enhance sexual and emotional intimacy.

Dr. Shy Krug holds a PhD in clinical psychology from Fairleigh Dickinson University and a B.A. in psychology with a minor in biology from Yeshiva University. At the James J. Peters VA Medical Center in the Bronx, NY, Dr. Krug parlayed his pre-doctoral internship into a two-year post-doctoral fellowship assessing and treating post-traumatic stress disorder and Gulf War Multisymptom Illness. Subsequently gaining a certificate in Sex Therapy from The Buehler Institute, certified training in Acceptance and Commitment Therapy, and training in Gottman Method Couples Therapy, he is now a staff psychologist in the general outpatient department and sexual health clinic at the James J. Peters VA Medical Center, where he supervises and teaches the internship program. Dr. Krug also has a private practice in the Upper West Side of Manhattan where he treats sexual dysfunction, relationship difficulties, anxiety, and trauma.