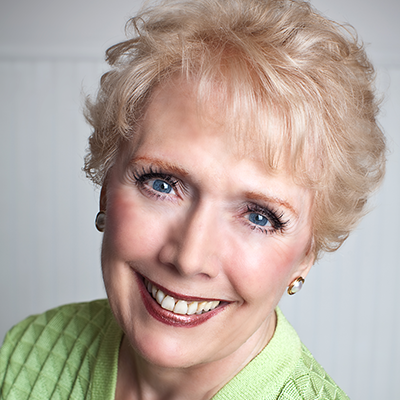 Jessa and Diana feel compelled to note that this episode of the Better Sex Podcast was recorded on June 1, 2020. Diana suggests that quarantine’s stress of forced togetherness is hard for many couples. But in addition to that, she talks about how the recent murder of a black man by police has provoked riots in cities across the country, a political firestorm that only adds to the stress people are feeling during the quarantine.

Listen to “129: Sex During Quarantine – Dr. Diana Wiley” on Spreaker.

The Rebirth of Ourselves and our Lovers

Referring to the work of Gabriel Garcia Marquez, Dr. Diana saw the free time with our families as an opportunity to grant our relationships a second birth. She tells us that many couples haven’t had sex in a long time, and many have never been especially intimate with their partners. She recognizes both states as challenges that must be overcome to rekindle love and sex in relationships. That’s the reason she gives for publishing her book—Love in the Time of Corona: Advice from a Sex Therapist for Couples in Quarantine—and the relationship-building tools that fill its pages.

Dr. Diana educates us about the many benefits of sex and intimacy, telling us that having sex or touching your partner is scientifically shown to reduce stress. In her practice, she tells us she often recommends massage to her clients as a method to reconnect because massage lowers cortisol and adrenaline levels when certain pressure points are stimulated on the body. She also teaches that touch, especially sex and orgasms, relieves stress by releasing oxytocin, a neurochemical which increases bonding, is a natural sedative, and increases empathy.

When it comes to how sex impacts the rest of people’s lives, Diana and her husband like to say, “It’s fun, it’s free, and it’s the fountain of youth,” about sex because having sex dramatically increases the feeling of vitality regardless of biological age.

Dr. Diana claims to have written her book primarily to enrich people whose relationships are already doing well but want to take their intimacy to the next level. However, she acknowledges that some people are quarantined with unsuitable or violent partners, while others are cohabiting with a partner that they intended to break up with before the quarantine put the brakes on that process. For couples who were planning to break up, Dr. Wiley suggests they come together and have a conversation about whether their relationship is worth salvaging.

For people who want to salvage or restore their relationship, she says the process of reigniting relationships begins with a conversation about what each person wants from the relationship. To help couples reconnect physically, she describes writing about lots of nonsexual touch exercises. After they become comfortable touching, Diana explains that they can set achievable goals like becoming great at kissing or having a make-out session. She says these actions and discussions can help reveal hidden desires and build the confidence needed to enter the marital bed and take time with sex. Dr. Diana claims that the change in pace should increase the quality of their sex life. She reminds us that women tend to need twenty minutes of foreplay, oral sex, and penetration to reach orgasm and receive all the benefits of sex. She offers tools to accomplish this in her book.

Touching with Your Clothes On

In her book, Diana encourages couples to assess the intimacy of their relationship when they’re not having sex. She argues that couples probably don’t feel closer when they’re just watching TV together, which is why she supports intentionality about touch and connecting. She knows that not all families physically demonstrate affection, but believes that touching and hugs are irreplaceable glue for relationships. In her book, she writes that a seven-second kiss or a fifteen-second hug is enough to release oxytocin and create meaningful bonding on a daily basis.

In the second chapter of her book, Diana instructs couples to plan their date night at home. Under normal circumstances, she told people to have a date night one time every week, but with the forced closeness of the coronavirus quarantine, she believes having a date night twice per week is helpful. She says some of her patients believe that scheduling date nights would kill spontaneity, but Dr. Wiley argues that spontaneous sex is a Hollywood myth, and people need to put sex on the calendar. By scheduling sex, Diana claims that the partner with a lower sex drive can feel relieved because they know they won’t have to have sex until the marked day, which allows her to prepare herself for sex by reading romance novels, taking long baths, masturbating, or doing anything else that can increase her sexual enthusiasm. When that time comes, Dr. Diana believes that giving massages is a great way to start any sex session, because it allows both parties to be relaxed.

Dr. Wiley recommends that both partners discuss what they want from the evening. She claims that being sensual, considering all of our senses, is particularly helpful. She does admit there are limits to her book and her methods when she explains that resolving mental health issues and relationship tensions are necessary before increasing touch, as sex and romance are only truly effective for people who like each other.

Diana Wiley, Ph.D., is a licensed marriage and family therapist, a board-certified sex therapist, and a gerontologist. With over thirty years of experience helping clients navigate problems in their sex and love lives, she currently works with clients in her office in Seattle, WA, and via online telehealth sessions. With her radio show on Progressive Radio Network, “Love, Lust, and Laughter” she’s been reaching additional listeners and helping more people for a decade. She’s published two studies in medical journals on aging and sexuality and was appointed as a Clinton Presidential Delegate to the 1995 White House Conference on Aging. Dr. Wiley is a skilled speaker and has given lectures and presentations on Aging and Sexuality in Amsterdam, Paris, Spain, Japan, India, and at many US conferences. Recently she became the author of a book to help people stuck in quarantine called Love in the Time of Corona: Advice from a Sex Therapist for Couples in Quarantine.

Love in the Time of Corona: Advice from a Sex Therapist for Couples in Quarantine, by Diana Wiley, PhD