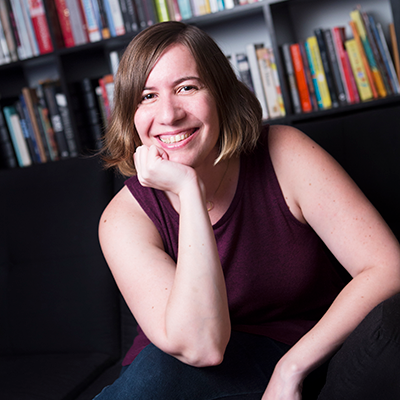 My guest Steph has been writing about sexuality for more than fifteen years. She generally writes about sex education, rape culture, and perceptions regarding female sexuality. Her book A Dirty Word: How a Sex Writer Reclaimed Her Sexuality is an autobiography about the sexual abuse she was victim to, but it also encompasses a lot of the areas that she currently writes about in a journalistic sense.

Stumbling upon the discipline by accident, she first started writing about sex during a college internship. This was shortly after Steph came out of both a physically and mentally abusive relationship. Using her recent experience and sensing an opportunity for a form of ‘shock therapy’ as she puts it during the episode, Steph learned how to reclaim her sexuality through her sex writing.

This episode chronicles a marvelous woman with a remarkable story; listen along!

After the Relationship
Steph had trouble feeling comfortable with sex after her abusive relationship. Because of the things she was subjected to, the belittlement she faced, her whole outlook on herself and sex, in general, was distorted. Steph didn’t even feel like she could engage in sex in a way that was pleasurable to her.

After she picked up an internship after college and was assigned to write about sex, the exposure to sexuality was very beneficial to her overall perception about it.

Listen to Steph talk about it during the interview!

The Book: Her Big ‘Me Too’ Story
After gaining the experience and knowledge as a writer in the industry, Steph realized the healing power and clarity that comes from a healthy relationship with sex. She knew she wanted to write a book that people could relate to and be helped by. Steph wanted the book to be a way of broaching the subject of sex for people who were uncomfortable talking about it–it would be something to connect to despite the raging storm of discomfort inside.

The Most Pressing Issues for Sexuality in Society
When asked about some of the sexual ails of modern society, Steph starts with sexual education. She is wanting to press for earlier education in school. That means that Sex Ed is taught in earlier grades and that parents are also more involved in framing the important aspects of sex before they are sexually active.

In addition, Steph also mentions what she considers to be the crux of the issue during the episode. Check it out!

Her Largest Fear
Her husband knew, her good friends knew the extent of her abusive relationship, but she completely afraid of the moment her parents read A Dirty Word because they were going to find a way to blame themselves as if to say that they couldn’t protect their daughter. For more, listen along.

‘Pretending to be the Cool Girl’
This is the title of her favorite chapter in the book, where she tackles the assumptions that people have towards her just because she writes about sex. Steph found out really quickly how many other people in her field could relate to the content of that chapter. And for her, it was the part of the book that she enjoyed writing the most.

Messages for Steph’s Daughter
Steph says she will instill in her daughter that she doesn’t owe anyone anything. It should be about what she wants, what she is ready for. Boundaries will be taught, sexual education will be accentuated and not glossed over like a lot of parents do, and her daughter will be repeatedly told that it is quite all right to not conform to sexual practices if they are not desired. The lessons and concepts bestowed will get more complex as she grows older, but starting young is so very important.

Female Sexuality Has Been Demonized
Steph reminds listeners of the all-important fact that a lot of things that females are told is wrong with them sexually is actually pretty normal. There has been a hyper-focused critique of the female sexual spectrum that breeds insecurities and pathologies that are so disconnected from the truth. It took some time, it took some research and great books, but Steph normalized her perception and escaped a lot of the self-perpetuating loops that consistent negative stimuli can bring. Really do check this episode out!

(Including an affiliate link for her book, meaning I earn a small commission on your purchase)