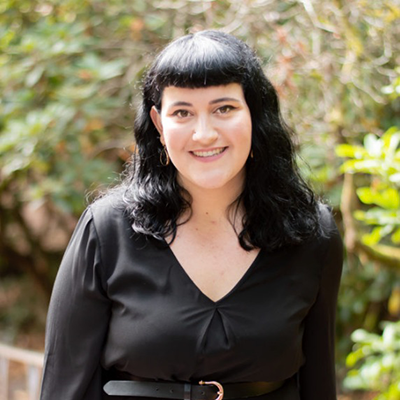 My guest, Taylor Pierce, is a therapist at the Center for Couples & Sex Therapy in Portland, Oregon. She works closely with couples to explore issues in relationships and sexuality and really loves connecting and working with the LGBQT community and ethically non-monogamous dynamics.

In this episode, in particular, she explains the ins and outs of jealousy and how we can avoid it by diving deeper into the root causes of our insecurities and fears. Really important, powerful stuff that Taylor does a great job demystifying!

Her Interest in Jealousy

Taylor says that she first gained an interest in jealousy because she likes working with people who are in ethically non-monogamous relationships, and jealousy can come up a lot within that relationship dynamic.

But Taylor soon began peeling back the layers of the jealousy onion and realized that jealousy is a basic, universal trait of many types of relationships. This led her even farther into a specialized interest in the trait and she has a lot to share about the subject!

Control Issues Because of Jealousy

Often, if a partner becomes jealous, they can forbid the other from seeing another person out of insecurity or fear. For example, let’s say that a couple in a monogamous relationship develop some trust issues. It can be common for one of the people in that relationship to assert too much control over the other because of underlying insecurities.

Taylor says it’s never a good thing to let the jealousy morph into controlling situations because it’s often a sign of avoiding communication about the deeper issues at play: insecurity and a lack of trust.

To understand jealousy on a deeper level, Taylor says that you can frame it through primary and secondary emotions.

Primary emotions are your gut reactions. They are the most vulnerable and tend to act as defense mechanisms. They are also full of fear and display any insecurities that may have been circulating inside of you.

Secondary emotions are reactions to those primary emotions, which in turn add to the complexity of the overall emotional reaction. Jealousy is a secondary emotion; it may arise after feeling angry, sad or hurt when your partner is flirting with someone else.

Taylor reminds you to first be self-understanding because jealousy is a pretty common emotion to have. Almost everyone has felt jealous in a relationship before–if not now, then probably in the future.

She says self-awareness of emotions or deeper core issues at play– like a fear of abandonment–can help mitigate the overall intensity and longevity of your jealousy.

Taylor also encourages you to ask yourself questions to investigate the surrounding thoughts around your feelings of jealousy. And if you start having that regular dialogue with yourself, you’ll find that you come to the root cause of your jealousy and can often move past it.

Identify What You Need to Feel Safe

After you have identified what emotions or deeper insecurities are at play in your jealousy, Taylor encourages you to make a list for achieving a safe solution to your jealousy. She states that the list should be a balance between the work you do yourself and your partner could provide for you–for example reassurance that you are not going to be abandoned.

Taylor says that creating a self-care ritual can really help if you’re struggling with jealousy. So often the main cause of jealousy is a feeling of inadequacy and insecurity, so reminding yourself just how strong you are, as well as empowering yourself with positivity, is never a waste of time!

Taylor says that shaming yourself for feeling jealous will only make you stuck in jealousy even more.

She also states that trying to react to jealousy by controlling your partner is a bad idea as well because it will only keep you in that cycle of jealousy.

More Sexual Connection Rather Than Avoidance

The term compersion is often associated with the non-monogamous community. It is a direct antonym to sexual or romantic jealousy. Taylor describes it as the positive feeling you may have when someone you love is experiencing something positive and fulfilling in a romantic or sexual way.

And although by definition this is the complete opposite of what you’d feel while you are jealous, just trying to imagine yourself full of compersion instead of jealousy is a powerful technique for overcoming your overwhelming feelings. You can approach it from less vulnerable places in order to build up to dealing with jealousy as well.