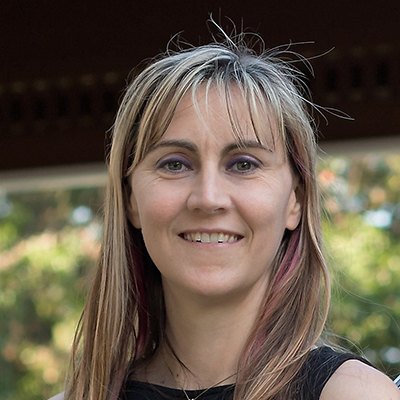 My guest is Heidi Crockett. She is a highly qualified sexual health educator and speaker on stress and sex. She is also the author of The Neuroscience of Dating and Caregiver Stress: Neurobiology to the Rescue. In addition, Heidi is a licensed psychotherapist and studied sexual health postgraduate at the University of Michigan.

In this episode, Heidi takes on through the wide world of neuroscience, mindfulness, and sexuality. Some of the subject matter she talks about may sound technical, but Heidi explains it a clear and compelling way.

Listen in and learn a ton about relational neuroscience, meditation, and even dating!

Listen to “74: Yes Brain in the Bedroom – Heidi Crockett” on Spreaker.

It’s technically called interpersonal neurobiology, but because that’s even more of a mouthful than relational neuroscience, the latter wins out for this episode!

It’s an interdisciplinary science, meaning that it spans across multiple scientific disciplines and schools of thought into an eclectic field. And at the heart of it is called ‘integration’.

This means that a combination of differentiation and linkage lead to integration. In other words, if while listening to this episode, you actively start to notice your breath while you are listening to Heidi speak, you are differentiating her words from your internal experience. This is called ‘sifting’.  Moving beyond this, once you move back to Heidi’s words and understand new terms she introduces, you can link back up within the context that she frames.

For more on this and a breakdown of relational neuroscience, including how our brain relates to its outside environment, listen in! Heidi does a great job at explaining the science in a digestible way.

Examples of Low and High Integration

Using addiction as a framework for explaining the varying levels of integration, Heidi explains that low integration has more to do with someone who is reactive and impulsive. And by reactive, this means that they function on a trigger-action-reward basis as underlined by Judson Brewer in his book, The Craving Mind.

High integration, on the other hand, has more to do with inhibiting those reactive and impulsive behaviors.

So in the context of the bedroom, it is much easier to go on autopilot, as Heidi states. This means on average we all tend to be low integration in the bedroom, instead of inhibiting the trigger-action-reward state and work towards high integration practices.

The Power of Meditation

Heidi says that the secret sauce for good sex has to do with kindness and compassion for others. She mentions Daniel Siegel’s book Aware as an inspiration for the power of meditation and the three pillars of awareness that he talks about; but she also mentions that meditation quiets down the Default Mode Network in the brain.

The Default Mode Network has to do with the “I” part of the brain that is on in the background, and which we can usually relate to autopilot types of thinking. It is the baseline mode of consciousness. Meditation can quiet the DFN and lead to more awareness, which in turn leads to a present awareness in the bedroom!

This is just a small portion of what Heidi talks about though. Check it out!

How This All Applies to Sex

When considering meditation and how this relates to differentiation, linkage, and integration, there are a number of exercises that can be utilized for better sex using these principles. For those who may feel pressured to perform, where touch escalates and the pressures of performance can lead to anxiety or a sudden lack of desire, mindfulness can help in a real way.

When talking about a couple and each of their own unique means of arousal, Heidi says that the goal is to differentiate what turns each person on. A couple wants to be comfortable with their desire and ability to become aroused, independent of one another. The end goal is then to link those differentiated desires together, which will lead to high integration.

Heidi also talks about seeing the world through the prefrontal cortex instead of the limbic system and why this is important to consider.

Heidi Talks About Her Book: The Neuroscience of Dating

In addition to this, Heidi reminds that we need to maintain executive function during dating. Letting the reptilian brain win out is a recipe for disaster.

For much more on this fascinating talk, listen in!

For more about interpersonal neurobiology: http://www.greenlightheidi.com/about_me/

Her book: The Neuroscience of Dating

Books that Heidi references during the show: Aware || The Craving Mind || Mindsight || Better Sex Through Mindfulness || In the Realm of Hungry Ghosts